March 2, the California Water Board has updated the proposed regulations for measurement of surface water diversions.  You have to move fast to beat the comment deadline!

The notice is required to be given “…at least five working days prior to submission of a proposed emergency action to the Office of Administrative Law (OAL).  Then, “After the submission of the proposed emergency to OAL, OAL shall allow interested persons five calendar days to submit comments on the proposed emergency regulations as set forth in Government Code section 11349.6. This document provides the required notice.”  I haven’t called to check, but this could mean there are only 4 more days, until either March 6 (Sunday) or March 8 if “days” are M-F.

The definition of qualified persons is expanded, which will greatly help people with small diversions to comply at less cost, and sooner!  Instead of just engineers, now contractors and “professionals” may install and certify measurement devices.  The deadlines are stretched out somewhat – the biggest diversions (equivalent to 1.40 cubic feet per second 24-7-365, or 5.60 cfs for 90 days straight) and storage over 1,000 acre-feet per year have 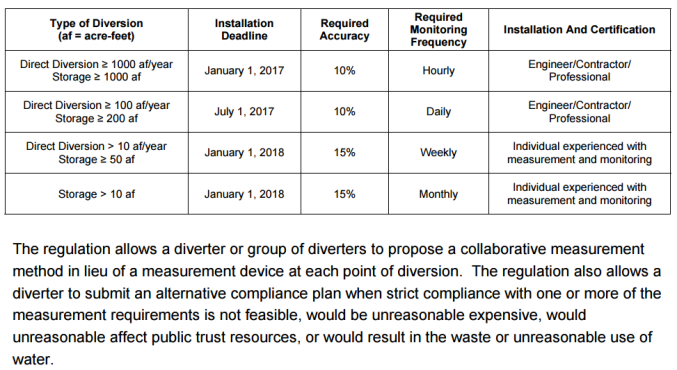 In addition, the Board gives some estimated costs, which helps to plan for the expenditures.  It can be expensive, but when done right, devices can last 10, 20, even 40 years in some cases: 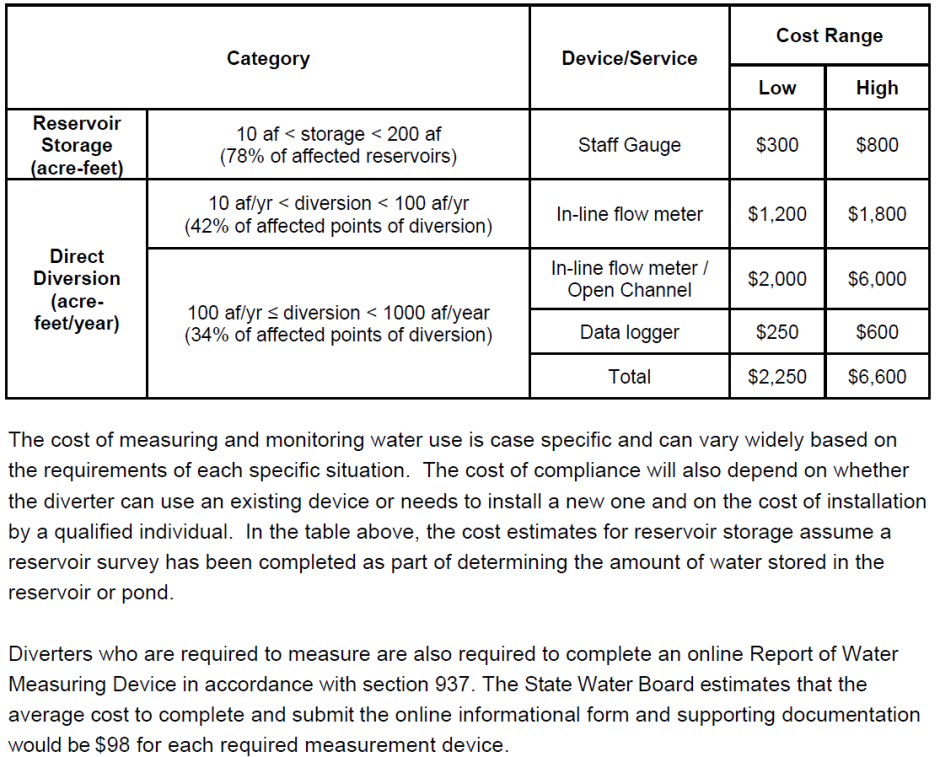 That’s all for now.  If someone already passed along comments that represent your water right interests, that’s great.  If not, you have a few days to make your own comments.

Solving Diverters' Headaches To Provide Peace Of Mind And Help Stay Out Of Trouble. Helping California residents understand, define, and protect their water rights since 2005. View all posts by AllWaterRights - Rights To Water Engineering